After a week-long holiday office closing, I am back to the office again. The time off has been very rejuvenating- full of rest, time spent with family and friends, travel, and getting outside on some beautiful runs- all of my favorite activities!

Mark and I have also binged on a couple of shows over the past week, including “Making a Murderer”- a must-watch on Netflix if you haven’t already. The true-crime documentary gets into a lot of difficult questions about the legal system in America. It’s even better than the first season of Serial in my opinion! On a much different note, we also watched the premiere of Downton Abbey’s season 6 last night and I am very disappointed that this will be the final season.

The show brings back some happy memories of visiting the incredible estate (actually named Highclere Castle) in the English countryside last fall.

Both interior and exterior are maintained almost exactly as the show, including the surrounding gardens and lands. 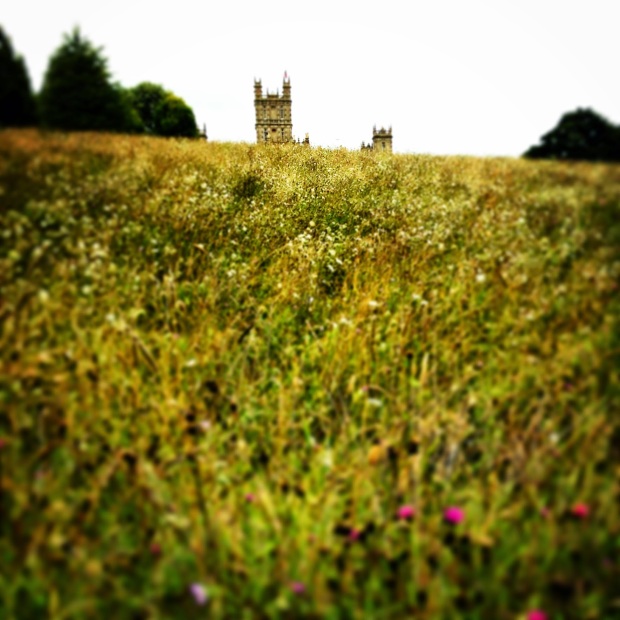 As far as running, I ended up taking yesterday off and did some stretching and strengthening exercises. I know that it’s only Day 3 of the running streak, but I have decided (yes, in 24 hours) to modify the streak a bit. I emailed with my coaches about the running streak idea, and they advised me to think carefully about the benefits versus the risks of a running streak. For runners who aren’t running high mileage, it’s not as risky and doesn’t have as much impact on their overall goals.  But for someone like me, who has a specific goal of running a fast marathon, my coaches believe that adding the streak on top of an already demanding schedule could jeopardize my goal without much added benefit.

I completely agree with my coaches, and therefore am going to modify the “running streak” to a “workout streak”. On the usual non-running rest days I won’t run one mile, but will stretch/strengthen, yoga, or do some other cross train as I am able. I will follow this plan until my first goal race (Phoenix), and may modify the goal back to running streak after the race, at the end of February.

This was a quick change in plans, but I think it’s for the better! Thinking about the risks versus the benefits is important, and this is another reason why I hired a professional to help me with my running decisions!

Have a great Monday! What’s in store for you?

Have you ever had to change your running plans/goals due to injury/risk of injury?

How many days off a week do you usually take off from exercising?

What’s your favorite show these days? I need recs!