On Monday, I ran my first Boston marathon. This hometown race has been a lifelong goal of mine, and as I toed the line on the warm mid-morning day, I felt nothing but grateful for being there at that moment.

An announcer called over the loud speaker, “This is not the start of a long run in the middle of February. This is what you’ve been training for, your prize!” I quickly reflected on the Sunday when I ran 16 miles inside on a track because it was -9 degrees without wind-chill in Boston. I also visualized the months of training that were now behind me, predominantly focused on training for my goal race of Phoenix in February. I smiled at the experience of training for these races, and acknowledged that regardless of Boston’s outcome, the last few months had surprisingly been fun. I also developed an acceptance of being uncomfortable, which is an essential element of marathon training. Over time, I even started to treasure the discomfort; it continued to inspire and push me through each workout and this adaptability carried over in other areas of life. 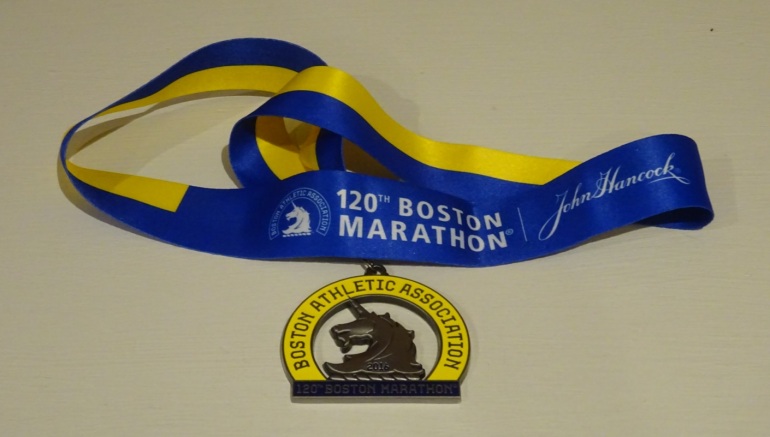 The marathon itself is a bit of a blur, but here are some highlights: 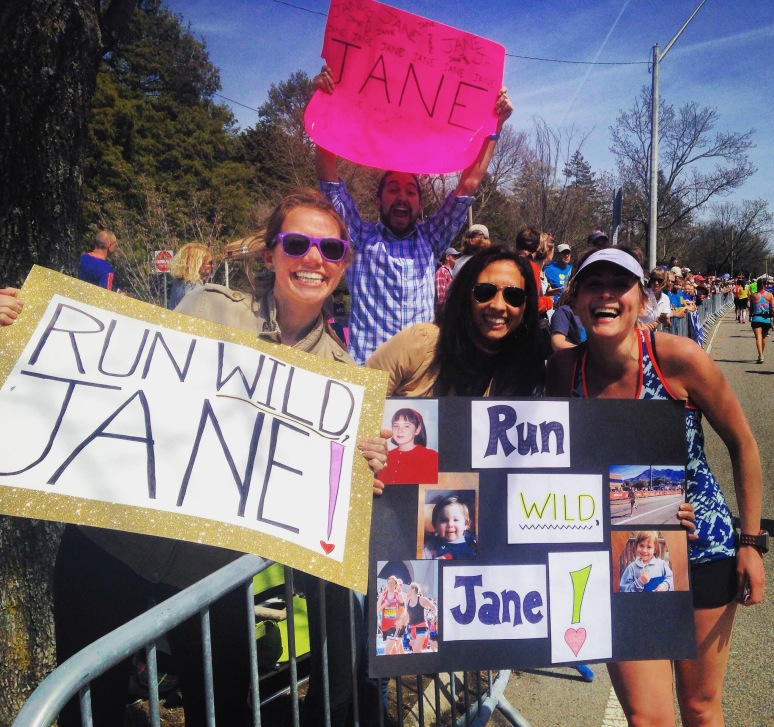 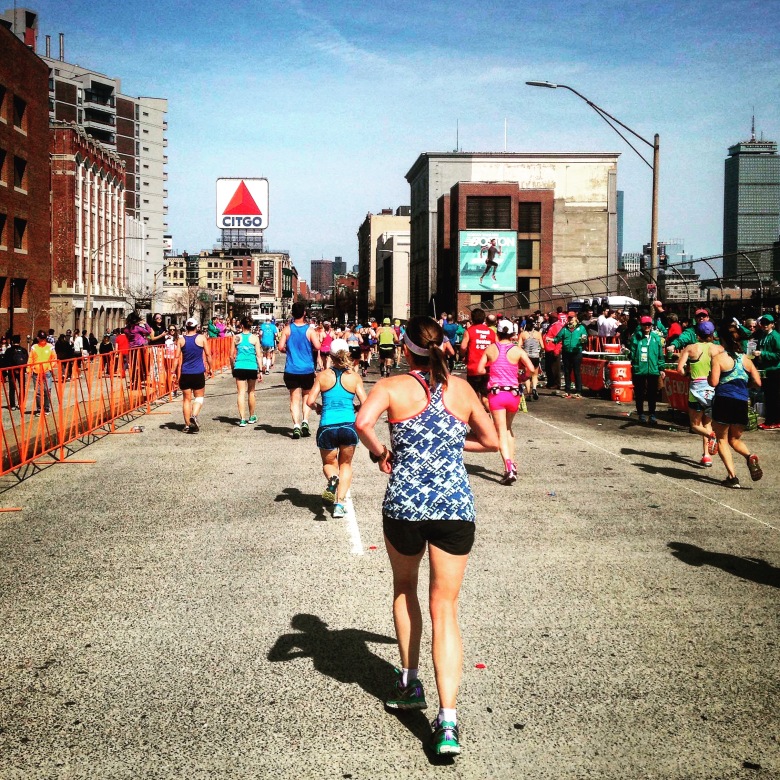 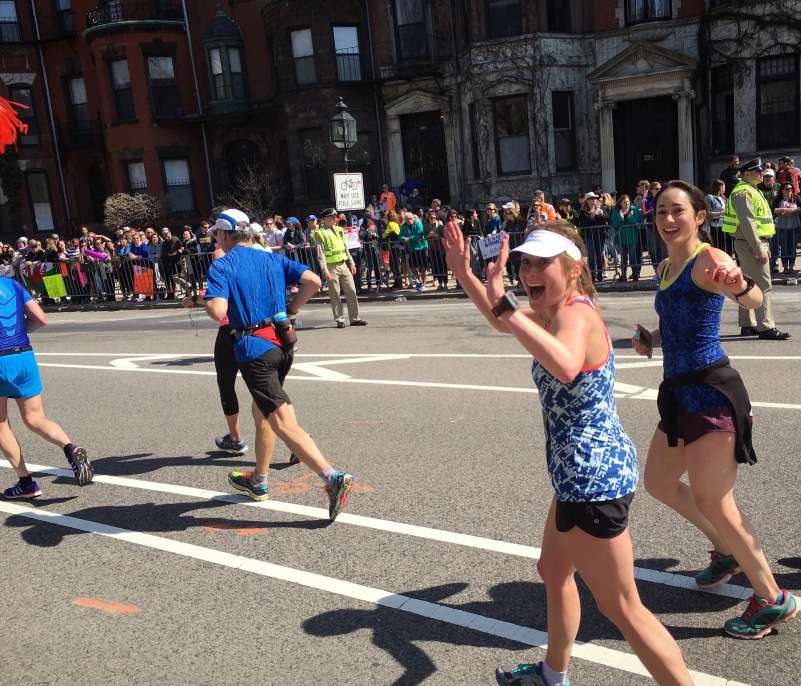 This marathon was not my fastest or strongest I have run. Several factors contributed to my slower finish than I had hoped (30 minutes to be exact!), including: 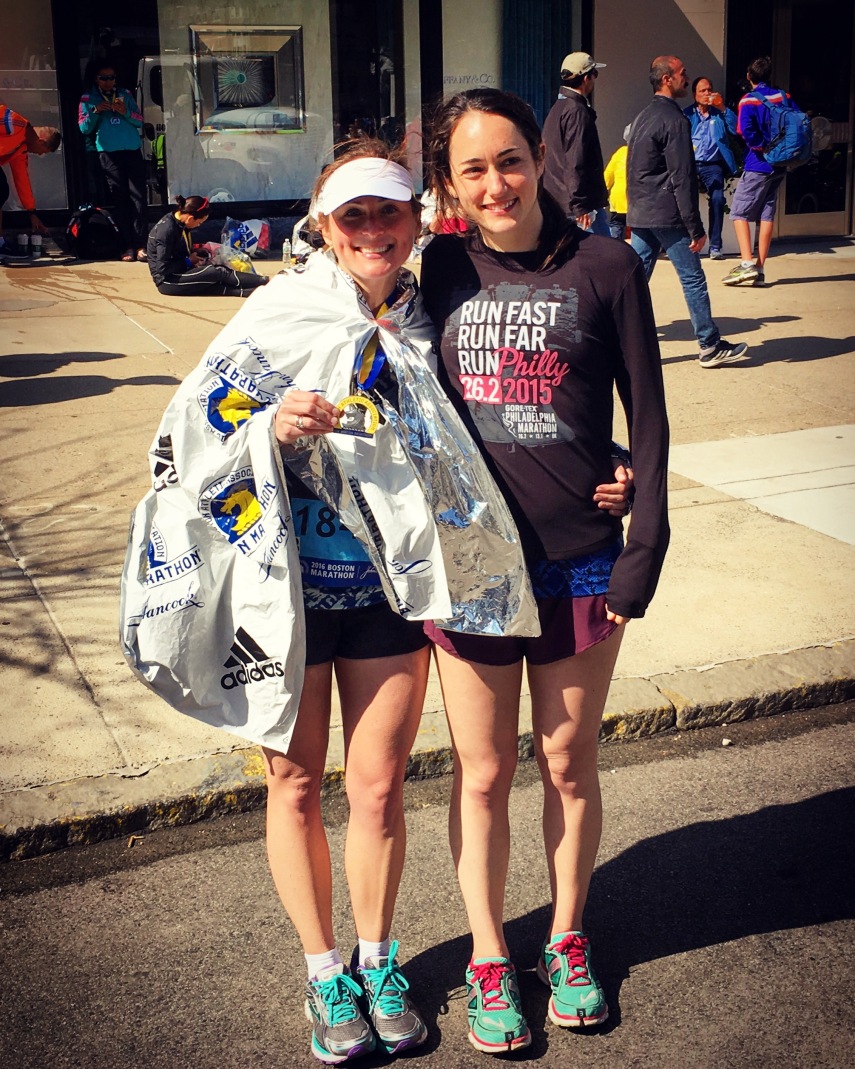 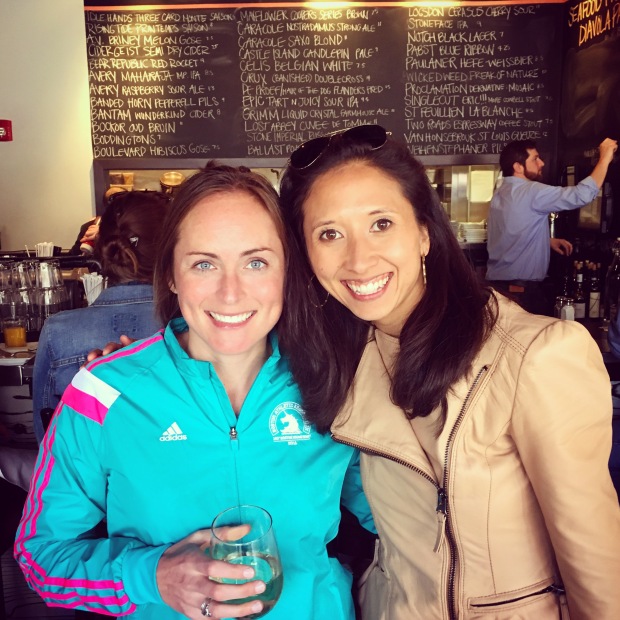 Early on in the race, I knew that it was not going to be my day to PR. Usually when my mind wanders that way, especially so early on in the race, I fill my head with motivating running mantras and other tips and tricks to push me through. But this time, I let go of all goals and the noise in my head that rang with disappointment, and ran my own race. Instead, I focused on the roars from the sidelines—those of my wonderful friends and family as well as all of the other incredible spectators along the course. That united passion from the sidelines is what makes Boston a truly amazing marathon experience. If I had equated my finish time to my race day, it would diminish the spirit and blissful memories of the day.

There was so much happiness in fulfilling this goal of mine- such is the spirit of human nature. I just can’t wait to run this race again!!

What has been the highlight of YOUR week? Your running career?

What is the top race on your bucket list?

Any favorite fall races? I am actually signed up for a couple of fall races and am deciding which one to run as a goal race!

Anyone else feel a bit down after a marathon? What is one thing you do to remedy this? I typically sign up for another race—which I know is sometimes absurd!